MD Nikki Cunningham writes about the value in brands’ names and how you just can’t force a nickname.

Last week consumer goods giant RB – formerly Reckitt Benckiser and owner of brands such as Dettol and Cillit Bang – announced it was changing its name. Again. Back to Reckitt, in recognition of their founder, Isaac Reckitt. Why? Because nobody knew what RB meant or stood for. The nickname didn’t stick.

So that got me thinking…where do nicknames even come from? And what makes them last (or not)?

I’ve always wanted one, but the fact that my actual name was already viewed as a nickname made it a little hard. I suppose I wanted one to feel cooler. Obviously, I couldn’t pull that off and I accepted the fact that my surname was never going to reap the sort of street cred I was after. I moved on.

But I’m fascinated with how nicknames even come about. One boy at my school somehow managed to get the nickname ‘Fish’. Even the teachers called him it. I don’t even recall his real name. There’s no logic as to how this guy got the name in the first place, but that was his label forever.

And that’s the thing with nicknames. They sort of just…happen. You can’t force them even when you try, as I discovered. An episode of First Dates was on the TV the other night and a guest on it said she was desperate to be known as GiGi. Her name was Genevieve. But she so desperately wanted GiGi to be a thing. She introduced herself to her date stating her name was Genevieve but ‘you can call me GiGi’… *holds breath*

“Hi Genevieve, nice to meet you”

Why is it that sometimes, despite your best efforts, names just stick?

The apparent need to get the ‘cool nickname’ doesn’t stop with myself or Genevieve. Companies too, seek out that gratification of being known in shorthand. A few years back there was definitely a trend going around for brands to do a ‘name drop’. Dunkin’ did it. So did HuffPost. Or should that be HuffPo? 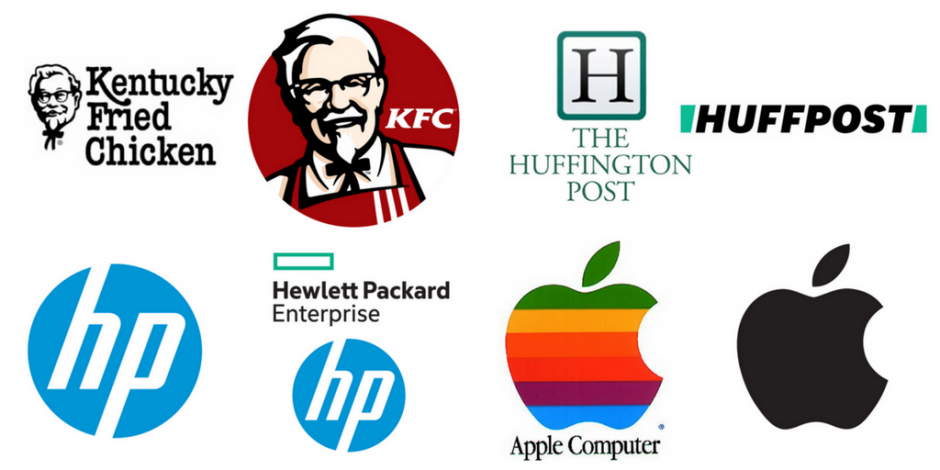 But the trouble with this tactic is that brands are still held accountable to the same rules as people. If it doesn’t feel right – if it’s not an acknowledgement of how they are perceived by their customers – it just won’t happen. KFC is KFC because that’s what we all called it anyway. Same goes for Apple (Apple Computers) and HP (Hewlett Packard). But name drops or adaptions can only really be a reaction to a widely held view of the brand before it changes. It can’t be forced.

So going back to RB and the move to revert back to their old name. Why didn’t it stick? The reason is pretty much the same as why I never managed to get one. It was too forced. It wasn’t a natural evolution. The adoption of the initials was based purely on the fact that the original was “a bit of a mouthful”, according to former CEO Ranesh Kapoor. But that just isn’t a good enough reason. If the equity of the brand is in its heritage and you remove that label in the name, you’re removing value from your brand. And the fact that most people familiar with the company still referred to it as Reckitt after the change to RB, kind of solidifies the point. Just like GiGi, it wasn’t convincing enough.

Names aren’t everything when it comes to brands, but they do hold a particular amount of power if you treat them right. Acknowledge what you’re known for and play into that. Don’t try and leap ahead because people won’t buy into it. Instead, listen to your customers, recognise when a change is needed and react.

I am, however, still waiting for the day that McDonald’s changes its name to Maccy D’s.

How can charities rise from the ashes of Coronavirus?