MD Nikki Cunningham shares her thoughts on some of the extraordinary work that’s come out of this unusual time.

Google: Did you mean desensitising?

The other week I shared the stunning masterpiece that was the new Macmillan advert and as I searched for a way to express the reason why everyone needed to watch it immediately, I found myself googling whether ‘resensitising’ was a word or not.

Turns out, it technically is (you’ll get 14 points on Scrabble) but given the little red underline as I type it out, and Google’s insistence that  I mean desensitising, I guess it is a word but not one that’s regularly in use.

Here’s the thing: it definitely should be. In fact, it should be up there with the very best words. You know the really good ones that are just lovely to use. Like sumptuous or miraculous. Something that immediately captures what you feel in that particular moment.

But it’s not, and that’s probably because its older sibling is too busy throwing itself around.

Desensitisation isn’t a difficult concept to understand. In a similar way to tuning out your mother remonstrating against your untidy teenage bedroom, anything repeated too often without adding any value – i.e. an interesting thought or a different opinion – the inevitable effect will be that it no longer holds attention. It becomes unimportant. Uninteresting. And just all round ineffective.

In the worst cases, it actively works against you. A good example is the plinky plonk piano soundtrack that must have been purchased by every major corporate brand back in March who just weren’t quite sure what on earth to do. The Zoom mosaic was also a personal favourite, as was, of course, the ‘now, more than ever’ rhetoric we all know and love so much. 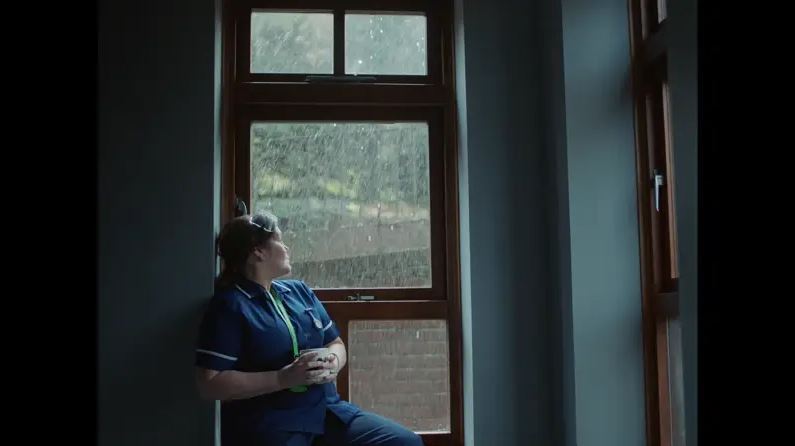 With every appearance of one of those elements, our minds switch off. Why? Because we’d had enough of it. And that was just two weeks into it. Enough of the disingenuous claims of care. Enough of the lacklustre efforts to pull at our heartstrings. Enough of seeing brands pop up who hadn’t spoken to us in years and suddenly exclaim their love and support of ‘us’. It sort of felt like an ex-best friend sliding into your inbox to ask how you were doing, only to follow with the usual request to stay at your flat for their long weekend in London that they didn’t tell you about. It was lazy. And above all else, fake. And that’s a curse I wouldn’t wish upon any brand.

So how do you combat that? How can you keep your message of the moment…interesting…fresh? How do you stop the desensitised state of the world post-pandemic?

It’s simple – do what MacMillan did. Resensitise. Breathe life into the screen. In that advert, every moment counted. Every note of the soundtrack was thought about. For goodness sake, even the microwave ‘bing’ gave me chills because it was so accurate. So horrifyingly true. And so effortlessly simple to convey.

Brands need to think about something that for some reason felt alien to a lot of them up until very recently. Be a little braver. A little more honest. Maybe a touch more human. Comic Relief has done a brilliant job with their beautifully balanced, tonally true upcoming campaign:

Remember who you’re talking to, and most importantly, remember what you’re selling. This isn’t about going for Braveheart emotion if you’re selling sofas. There are other ways to engage on a more human level. Don’t insult audiences with false messages if you don’t mean them. We’re more sophisticated than that. Give credit to them and be a bit bolder in a way that makes the most sense.

Try to make resensitising a thing.

You can’t shake hands through Skype: How can you build trust online?